CRM Online has finally launched version 2.0 of the popular Google Apps Connector for SugarCRM, bringing the most advanced integration between the two platforms to all users of SugarCRM. v2.0 of our connector offers:

CRM Online has finally launched version 2.0 of the popular Google Apps Connector for SugarCRM, bringing the most advanced integration between the two platforms to all users of SugarCRM. v2.0 of our connector offers:

While the new version of the platform is now stable with a long list of happy customers and users, the road to getting to this point wasn't as smooth as we would have liked. The CRM Online team wanted to ensure that the platform had massive scalability... given that the integration was between Google Apps and SugarCRM, we naturally chose Google App Engine for our auto-scaling platform. While the platform performed very well throughout a 6 month QA and testing program, as soon as we went live with thousands of users, the platform just didn't work as advertised.. it proved to be buggy and started to introduce massive latencies for our users. This resulted in an unusable system for a few days.

What did CRM Online do to address the issues?

Our initial thought process was that the issues must have been caused by bugs in our system... why would Google release a platform that claimed to scale and just didn't work right? So, we spent a few days optimising our code and trying to make it work as advertised.

Ultimately, this proved fruitless, so we started to suspect that it was Google App Engine that was the issue. The system had aspects of it that had been specifically developed to leverage the Google App Engine infrastructure, such as the background task processing that allows us to provide a fast, responsive user experience and direct integration with Google's authentication mechanis 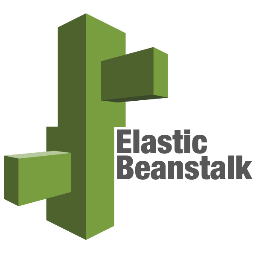 m. The first step was to find replacements for these systems and while it took a couple of days to make this happen, we were able to have the system running on Elastic Beanstalk, a popular Autoscaling platform provided by Amazon.com within a days.

Get your Google Apps Integrated Today..The good news is that after some load testing, we've found that by leveraging this new platform, we now have a stable, scalable platform that our users can leverage. Initial testing puts the system load at less than 2% for a few thousand users, so we're now in a position to service massive numbers of users without a problem :)

As part of our launch, CRM Online is offering free installation support for anyone looking to try our the new version of the connector. If you'd like to take advantage of this, just get in touch via our contact form on the website and one of our team will get in touch ASAP.

Need to talk to someone? Call us!


or Send us an Enquiry